Here's where abortions are now banned or severely restricted

Abortion is currently illegal or heavily restricted in at least 14 states following the Supreme Court's historic decision in June to overturn Roe v. Wade. At least nine other states have laws in place that pave the way to ban or severely restrict access to abortion.

State laws shown here include those with near-total bans on abortion as well as states with bans after the detection of fetal cardiac activity, or roughly at six weeks gestational age.

Some of these laws are currently blocked by courts while legal challenges make their way through the courts. Some states have older laws on the books that leave the current legal status of abortion unclear.

Here are more details on the current legal status of abortion in U.S. states.

Alabama — A near-total ban on abortion is in effect. On June 24, a U.S. district court lifted an injunction on the state's 2019 law banning abortion. (Last updated July 23)

Arkansas — A near-total ban on abortion is in effect. On June 24, the state's attorney general implemented a trigger law originally passed in 2019 which bans abortion. (Last updated July 23)

Idaho — A near-total ban on abortions passed in 2020 is in effect, with some exceptions. Lawsuits at the state and federal level challenging the ban are in progress. (Last updated Aug. 25)

Kentucky — Kentucky's near-total abortion ban went into effect on June 24. An additional state law bans abortions after six weeks of pregnancy. Both bans were blocked by the courts June 30, then reinstated Aug. 1. A lawsuit arguing the bans violate the state constitution continues. On Nov. 8, voters turned down an initiative that would have blocked a state constitutional right to an abortion. (Last updated Nov. 9)

Louisiana — A near-total ban is in effect. On June 24, Louisiana's 2006 trigger ban went into effect. It was blocked by the courts at least twice. A lawsuit challenging the law continues. On Aug. 12, the Louisiana Supreme Court rejected an appeal filed by plaintiffs in the case, allowing the state's ban to remain in effect. (Last updated Aug. 6)

Mississippi — The state's near-total ban on abortion was enacted in 2007 and went into effect on July 7. Mississippi's bid to ban abortion after 15 weeks was at the center of the U.S. Supreme Court decision to overturn Roe v. Wade on June 24. (Last updated July 23)

Missouri — A near-total ban on abortion has been in effect since June 24. (Last updated July 23)

Wisconsin — A pre-Roe abortion ban from 173 years ago is under dispute. The state's attorney general has said he does not plan to enforce it, and filed a lawsuit challenging the ban. Abortion care is largely unavailable. (Last updated August 26)

Arizona — On Oct. 7, the Arizona Court of Appeals blocked a near-total abortion ban from 1901 that went into effect on Sept. 23. Arizona also has a law in effect banning abortion after 15 weeks of pregnancy. (Last updated Oct. 11)

Iowa — A six-week abortion ban from 2018 was blocked by the courts. Iowa's governor has asked the state courts to lift the injunction against the law. Iowa also has a law in effect banning abortion at 22 weeks or later. (Last updated Aug. 12)

Michigan — Abortion is currently legal. A pre-Roe, near-total ban on abortion from 1931 is still on the books. On Sept. 7, a Michigan judge ruled that ban violates the state constitution. On Nov. 8, voters approved a constitutional amendment affirming the right to "reproductive freedom." It goes into effect in 45 days. (Last updated Nov. 9)

North Dakota — A near-total ban was planned to take effect Aug. 26, but a judge blocked it pending litigation. The law is a trigger ban passed in 2007. The state's only abortion clinic has sued, arguing the ban violates the state constitution. (Last updated Aug. 26)

Ohio — A ban on abortion at roughly six weeks was blocked Sept. 14 by a judge's temporary restraining order, followed by a preliminary injunction Oct. 7. The lawsuit filed by the Ohio ACLU and reproductive health clinics to permanently overturn the ban continues. (Last updated Oct. 12)

Utah — A near-total ban is blocked by the courts and abortion is currently legal, with restrictions. A law banning abortion after 18 weeks is in effect. (Last updated July 23)

Sixteen states and the District of Columbia currently have laws that explicitly protect the right to abortion, mostly before the point of fetal viability, according to the nonpartisan Kaiser Family Foundation.

Note: This map and story relies on research from the Center for Reproductive Rights, the Guttmacher Institute, and news reports from the Associated Press and local news outlets. 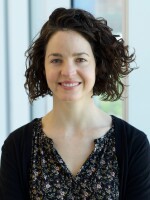 Kristin Gourlay
Kristin Espeland Gourlay joined Rhode Island Public Radio in July 2012. Before arriving in Providence, Gourlay covered the environment for WFPL Louisville, KY’s NPR station. And prior to that, she was a reporter and host for Wyoming Public Radio. Gourlay earned her MS from Columbia University’s Graduate School of Journalism and her BA in anthropology from Lewis & Clark College in Portland, OR.
See stories by Kristin Gourlay
Wynne Davis
See stories by Wynne Davis
Carmel Wroth
See stories by Carmel Wroth
Haidee Chu
Katie Daugert