Food of a Younger Land

The America portrayed here by this Depression Era WPA writer’s project is truly a “younger land” – the foodways of America before the US highways of the postwar WW II ear, before the colonization of our highways and even our byways by the national chains and before superstores and microwave cooking changed the way Americans shop and eat. These are until-now-unpublished essays, recipes and even poems of an America still enraptured by its immigrant food traditions – from the coast of New England through the vast rolling plains of the Midwest…from north to south, east to west. 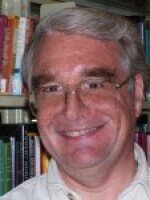