The Tippecanoe County Health Department order restricting county bars, restaurants, and nightclubs could remain in effect as Indiana moves into Stage 5 of the state’s Back On Track reopening plan this weekend.

“That order was done in case we went to Stage 5,” said health department administrator Khala Hochstedler. “Now we’re going to have to decide if we’re going to amend the health officer’s order based on this Stage 5, and we’re still talking through that.”

Indiana Gov. Eric Holcomb’s announcement Wednesday lifts capacity restrictions on bars and restaurants, but still calls for bar patrons to remain seated and for restaurants to allow for social distancing.

Lafayette Mayor Tony Roswarski said he was hoping for a switch to a one a.m. closing time “shortly.” Tippecanoe County Commissioner Tracy Brown said local restaurants and businesses were suffering financially under the order’s rules.

“I absolutely appreciate Dr. Adler’s -- his position as to where we are right now, but I’d like to be able to kind of look out into the future and just ask that question: where do we have to be before we go to a one a.m, or before we go to a lifting of the occupancy restrictions?” Brown said.

Adler cited a “significant increase” in the rise of county case totals in recent weeks -- currently at an all-time high average of 31.6 new cases per day -- but also said about two-thirds of recent cases could be attributed to Purdue students. Adler also said while the department was monitoring whether cases among Purdue students had spread into the broader community, there was no evidence of that trend yet.

“We don’t want to give the impression, though, that Purdue is, in some way, not a part of our community -- that it doesn’t affect the rest of the community,” said Tippecanoe County Health Officer Dr. Jeremy Adler. “We think it does.” 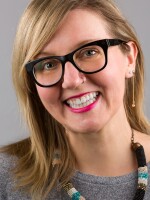 Emilie Syberg
On November 27, 2017, we welcomed Emilie Syberg to the WBAA family. Emilie has recently returned to the states, after participating in the Peace Corps from June 2014 to August of 2016, where she worked as an English teacher in Zambia. After attending grad school for Journalism at Northwestern University, Emilie joined WBAA as a Morning Show Host and Reporter. Emilie is passionate about the morning show series because she believes it is a great way to start your day. As a reporter, Emilie enjoys that the process of reporting one feature can blossom into a series of stories. In the future she is looking forward to reporting on the issues that are affecting low income families and individuals. In her free time, she enjoys spending time with her family, visiting museums, and is an avid news junkie. WBAA is excited to have Emilie Syberg as a part of our team and we look forward to seeing what she has in store for the future.
See stories by Emilie Syberg