During this week in March, 1964, the Beatles had the top three songs in the United States, and just as many more on Billboard’s Top 100 list.

In the years since the band broke up, its popularity has hardly waned. That’s what Lafayette resident Steve Eddy and hundreds of others found out recently. 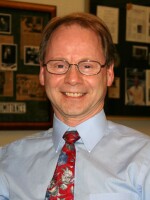 Steve Eddy
Steve Eddy is a West Lafayette native. He received his bachelor’s and master’s degrees in political science from Purdue University and makes his living teaching social studies. He and his wife, Mary, are raising three sons—two teens and one near-teen—who desperately wish to remain anonymous.
See stories by Steve Eddy